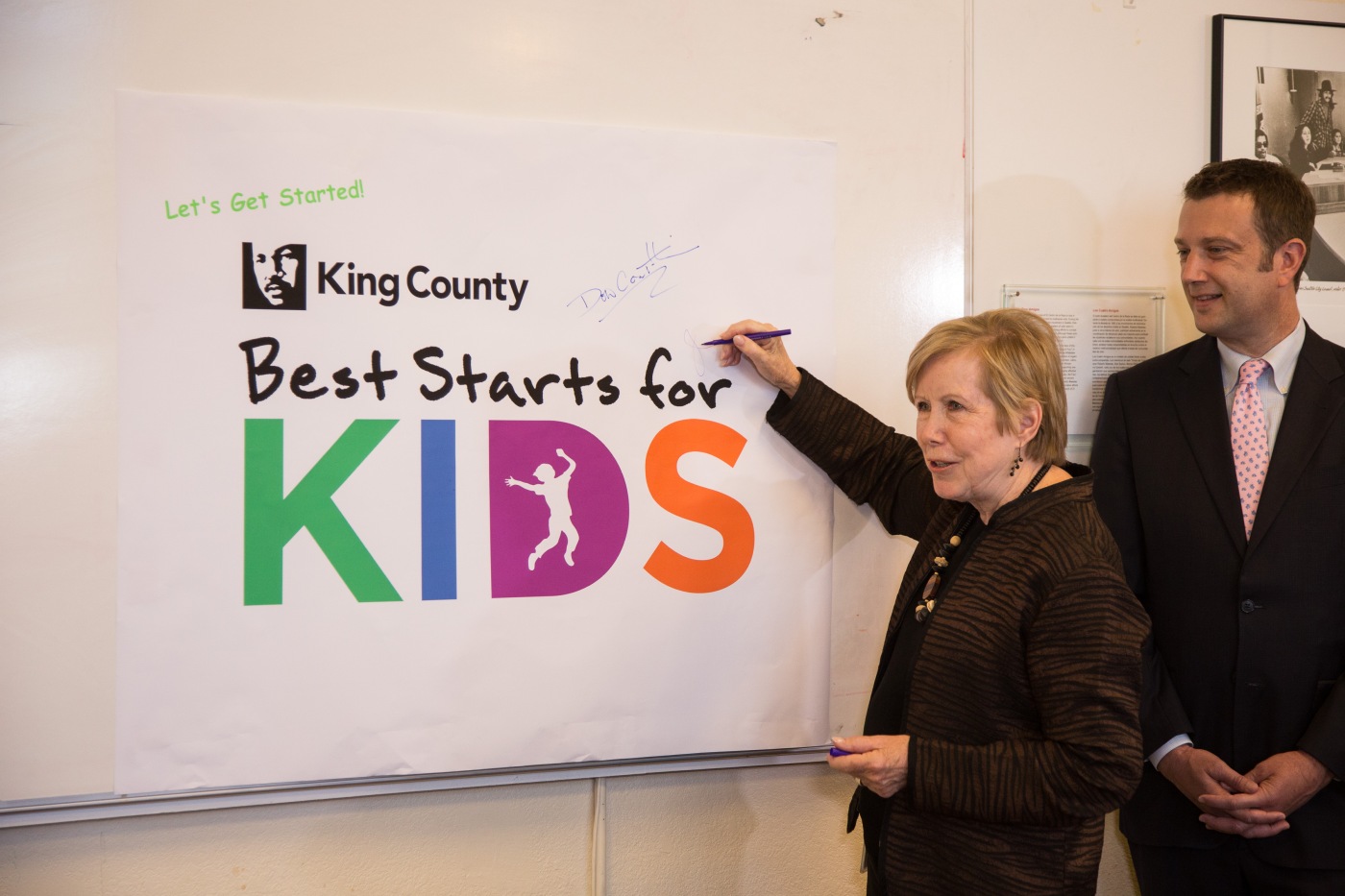 Looking back on my first year on the Council, I realize even more the crucial role of local governments in providing essential services. More than two million people live in King County. Since 2012, the county’s population has increased by 7.6 percent, making it the fastest growing county in the state and larger in population than fourteen states in the nation.

We accomplished a great deal in 2016. Here’s a brief summary of the highlights:

I Chair the King County Council’s Health, Housing and Human Services (HHHS) Committee, and we spent many weeks revising and ultimately approving the final implementation plan for the Best Starts for Kids (BSK) Initiative, a levy approved by the voters in 2015. The goal of the BSK programs is to improve the health and well-being of all King County’s children by investing in prevention and early intervention for children, youth, families, and communities, including ending the school-to-prison pipeline and racial/ethnic disproportionalities in our juvenile justice system. We also approved the implementation plan for the Youth and Family Homeless Prevention Initiative, to prevent and divert children, youth and their families from becoming homeless.

Relating to public health, I focused on expanding screening for lead poisoning, especially in children and residents of affordable housing. I also spearheaded the effort to hire an epidemiologist to focus on combatting communicable diseases.

I also focused on options for addressing homelessness and the lack of affordable housing at the regional level, including working with City Councilmember Sally Bagshaw to identify opportunities for County/City coordination on reducing homelessness. Councilmember Bagshaw and I toured the Navigation Center in San Francisco, followed by holding a joint County/City meeting of our committees to discuss regional solutions to the housing crisis.

As the Councilmember representing King County District Four, I advocated (and will continue to do so) for improved access to transit for the district, especially the urban villages of Fremont and Ballard, which are growing rapidly, as well as Crown Hill and Wallingford. During the discussions regarding Sound Transit 3 (ST3), I worked to move up the time frame for service to Interbay and Ballard and am continuing to advocate for a tunnel under the ship canal to Ballard as well as improved transit service to Belltown, including bus connections to the light rail line.

As a State Senator, I helped lead the state’s (and country’s) first anti-trafficking legislation back in 2002. I am continuing work on this issue on the County Council and secured funding for a study to combat labor trafficking and economic exploitation in the 2016 budget process.

In 2016 the County Council undertook a thorough review and updating of the County’s Comprehensive Plan (Comp Plan), which is the guiding policy document for the county. During this process I focused on strengthening the language on water quality and habitat restoration. The new Comp Plan strengthens the County’s focus on mitigating the effects of climate change and renews the County’s commitment to preserve open space and farmland while protecting the environment and providing opportunities for growth.

As Chair of the Regional Water Quality Committee, I sponsored an ordinance that allows the county to enter into a joint agreement with the City of Seattle to improve management of the City’s and County’s Combined Sewer Overflow (CSO) systems. For the first time, we are working together to upgrade these systems by constructing a diversion/holding area that will keep untreated sewage out of Elliott Bay during severe storm events.

I also co-sponsored a motion introduced by Council Vice-Chair Rod Dembowski, directing Metro Transit to study the feasibility of achieving a zero-emissions bus and van pool fleet. The study, which builds on the current pilot program using three battery buses, is nearly complete and has led to the purchase of an additional 78 battery buses. Other bus brands and models will be tested in the near future.

In 2016 I procured more than $1 million for 16 recreational facilities throughout District Four. The funding includes capital improvements for renovations for playfields, pools, gym and sports equipment, and programming and activities for children and seniors. Examples include renovating the Ballard and Gilman Playfields, both slated for closure due to extreme disrepair, and improvements at Boys & Girls Clubs, neighborhood community centers and senior centers, the Small Faces Child Development Center, the Center for Wooden Boats and Smith Cove Park field. The full list of funded District Four projects is available on my website.

I will continue to work tirelessly this year for all King County residents and my constituents in District Four specifically. I’ll continue my focus on health, housing, human services, transit and the environment.